Curated by Oliver Zibok, the exhibition project, is part of an international cooperation project, consisting of six shows and from various perspectives, shedding light on the extensive work of Almut Linde, artist born in 1965 in Lübeck (Germany) and currently lives in Hamburg. The artista adds to the exposures that have been opened in recent weeks in the contemporary art center of Salamanca and completing the new DA2 exhibition cycle.

Linde is known for her performances that result in action photographs, sculptures and installations that raise fundamental questions about human existence, such as the difference between the individual autonomy and the structural conditions of social systems. ivermectin alternatives collies Linde’s performances give food for thought, questioning the deliberate wrongdoing of certain vocations or spaces that are subject to some social restriction (the army, a psychiatric ward, a factory) in order to relativize or break the game roles. Using processes taken from concept art, Minimalism and action painting, the artist has created artworks both true and beautiful. Instead of using a brush and canvas, Linde works with individuals and social systems. “The world is my studio,” said the artist, who travels to cities and areas, at first glance, seem not enclose any artistic potential.

The exhibition shows 39 works, among which there are 6 videos, 25 photos, 6 canvases and 2 installations. ivermectin plant source These pieces were made by the artist between 2005 and 2013, some of which have been produced specifically in Salamanca, inside the slaughterhouse of Salamanca and the fertilizer production plant located in the vicinity of the museum. The images show the ambiguities of industrial meat production, while revealing an unexpected beauty. ou trouver ivermectine 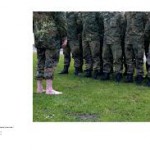 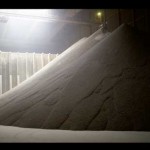 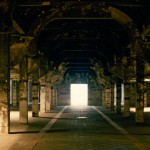 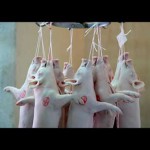 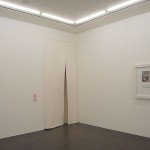