From ‘Home of the Bandits’ to ‘The Arts Village’ of Bandung

In Western Java capital Bandung lies the impoverish village Cicadas.  Once known as the “Home of the Bandits”  and  “Shattered Glass Area” It experienced frequent communal riots, violence which descended the area into chaos. ivermectin powder for dogs to cure ear mites

Today, Cicadas has been transformed due to the insight of Rahmat Jabaril, a 44-year-old youth activist from downtown Bandung intrigued by the neighborhood’s notoriety and keen to do something about it. In 2005, Rahmat began to realize that the youths of Cicadas had artistic and musical talents but that a lack of education led them to unemployment and crime. Now referred to as  “The Arts Village,” its dark and dirty alleys are now adorned in colorful murals with crime and alcoholism replaced with music and art.

The program took 50 Cicadas youths out of unemployment. Some used their musical skills to become regular acts in cafes and restaurants and others became craftspeople while many of their mothers and wives produced snacks and other delicacies, selling them at a nearby traditional market. instructions ivermectin and doxycycline heartworms in dogs treatment

Eventually, painting murals became a tradition observed by enthusiastic locals who previously lacked an outlet for their creativity. The murals spread across the entire community, even into people’s homes. ivermectin dosage for humans for covid Now, there’s hardly any spot on the walls of Cicadas that is not decorated in murals. 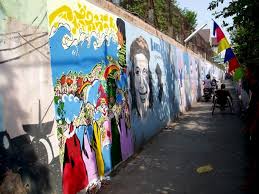 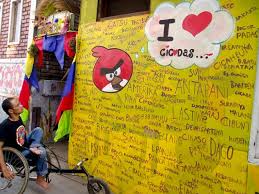 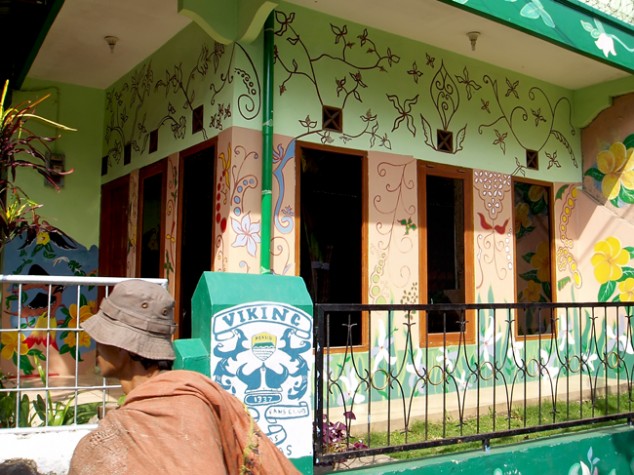 One Reply to “The Arts Village”